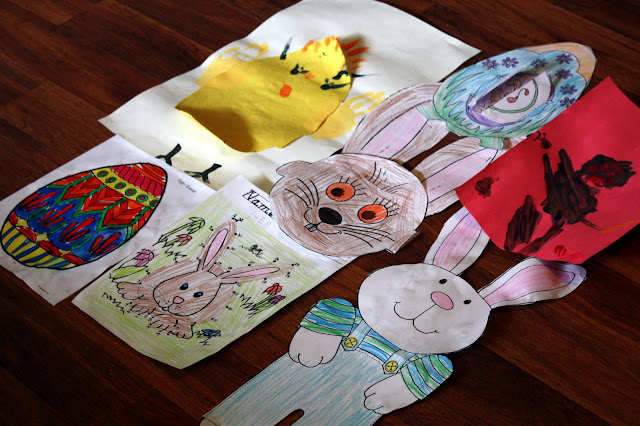 I decided it was time to take the Easter decorations off the fridge.  I like to decorate the fridge with seasonal artwork that the kids have made.  It's a fun way to "organize" what goes up and what comes down.  These were our selections from the Easter collection this year.  :)  I don't get much from my oldest anymore, so I will treasure this phase for as long as it lasts with the other two!
BTW, take a look at the yellow chick on the far left corner.  Those are my youngest's handprints for wings.  How adorable is that????  And the brown finger painting on the pink paper... that was supposed to be an Easter bunny painting.  My son decided it should be a CHOCOLATE bunny instead.  It works! 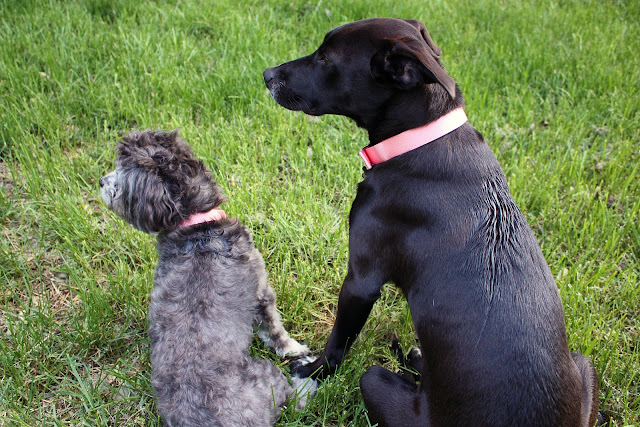 I had errands to run all day.  First on the list, was the little dog's annual vet checkup.  Poor baby had to get stuck four times!  Three shots.  One blood test.  All to keep her healthy for the year.  But now, she's all caught up, and I had to buy a little treat to cheer her up.  I bought her and her sister matching collars.  :)  Here they are, sitting in the yard, trying very hard to sit still even though they are concentrating intently on the neighbors next door... bounce, bounce, bouncing up and down on their trampoline, their little heads making quick appearances over the fence.  I suppose you can imagine why they might be intrigued. 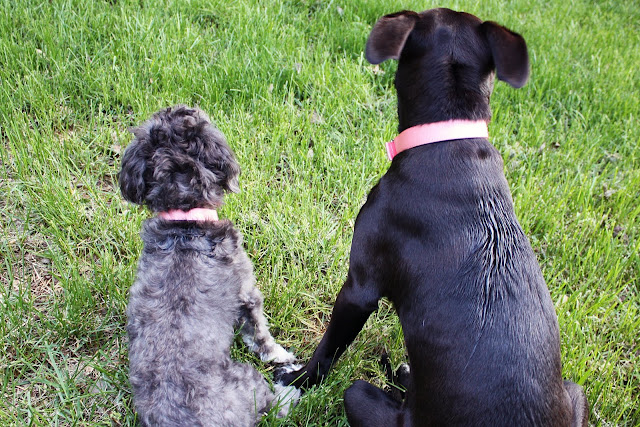 Aren't they just darling?  Don't mind the big streaks of dampness down their backs.  They had just gotten their flea treatments.  My oldest told me that would look gross in a picture, and I swore to him that it wouldn't show up too badly.  Guess he was right.  Ick.  That stuff is NASTY! 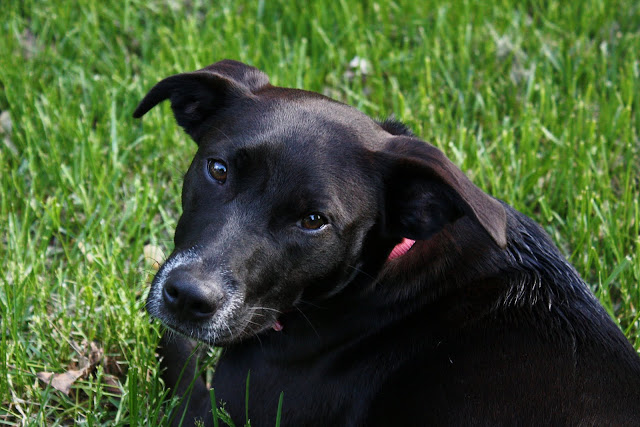 Don't hate me because I'm beautiful... 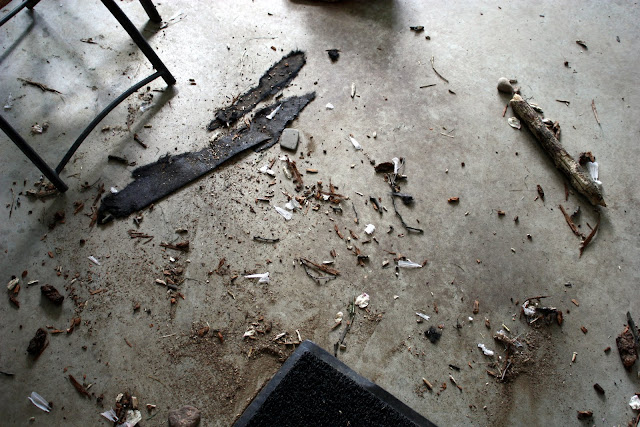 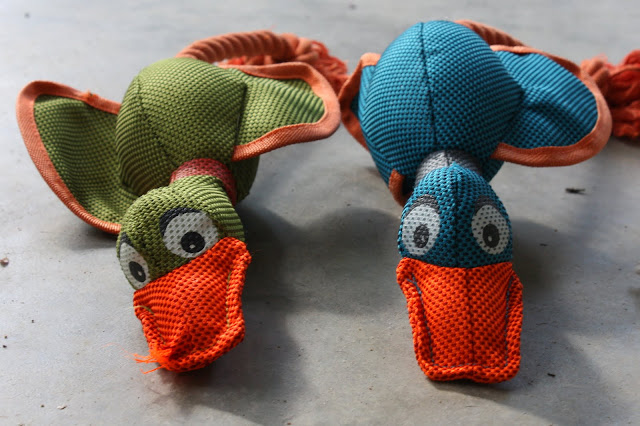 This was the other treat I brought home for the girls.  It doesn't seem fair that Ellie gets treats when Mandy was the one with the vet visit, HOWEVER if I don't treat them both... well, we all know what would happen!  Big Bully Ellie would steal it all from Mandy.  So, I gave one to each of them.  And what happened?  Ellie ditched hers, just so she could steal Mandy's anyway.  Sheesh. 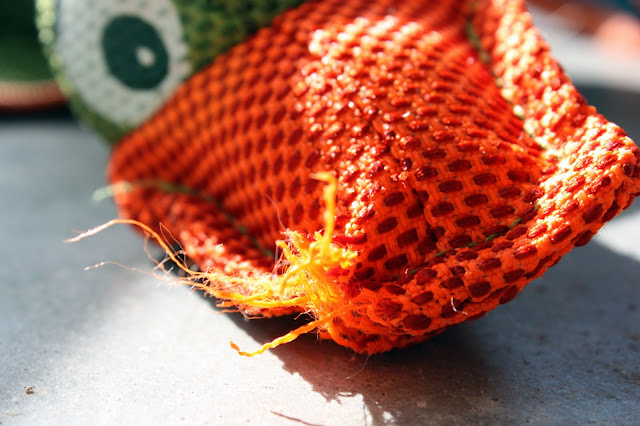 And when they claim they're "tough" dog toys, don't believe it!  If it's made of fabric at all, you've wasted your money.  I don't know when I'm going to learn!  Mandy could have played with one of these for MONTHS... back in the day before Ellie was around.  Oh well, I guess we'll keep her anyway!  (And when Ellie's put away in her kennel, I'll let Mandy have it all to herself!  HA!  She's a big girl, and she has earned that privilege!)
Posted by ilLaurastrations at 9:27 PM