More snow on Saturday.  I owe my bff in Romania a HUGE apology.  We've always had this little difference of opinion regarding the weather.  She likes it warm.  I like it cool.  It's one of our few differences.  :)  In Romania, it's cold a LOT.  It's rainy and snowy often.  While she still enjoys season changes, they're not nearly as drastic as the ones we experience here, and she misses that.  I've always maintained that I would be fine with her long winters.  I think I have to take it back.  I'm so sick of seeing this white blanket on the ground!  I know it's silly to complain about it.  I think it's ridiculous, really.  No one can control the weather, and yet we all go on and on about it as though it makes ANY amount of difference.  Just silly.  All of that, to give you another picture of... snow. 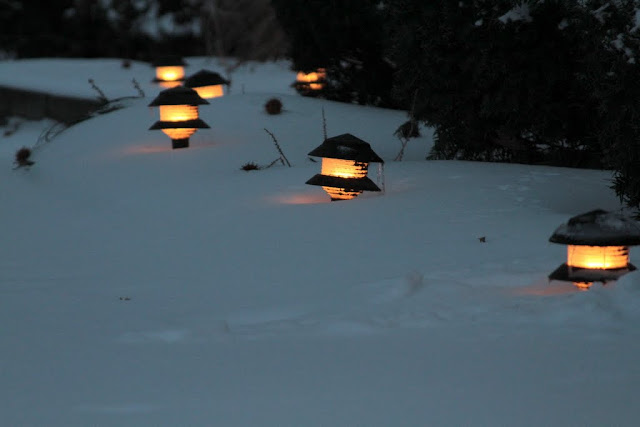 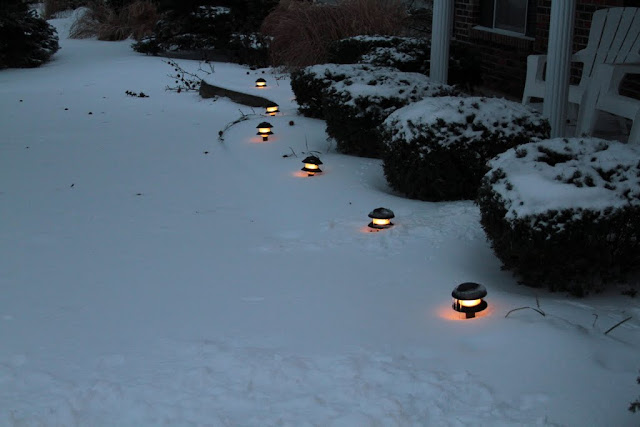 These would be our little lights shining in the evening.  They were on, even in the midst of their cold surroundings.

Saturday was not a loss due to the weather, though, of course!  I had a project in mind, and I was able to complete it with the help of my patient husband.  I wanted to recover my couch pillows.  Without boring you with the long, sordid details, I will simplify the story for you...

EIGHT NEW COUCH PILLOWS (for the complete cost of $24): 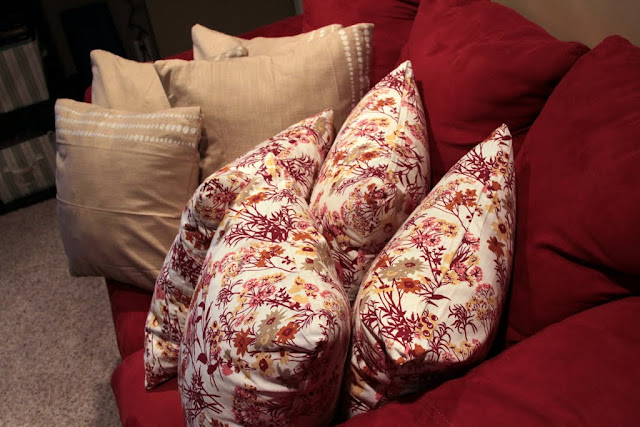 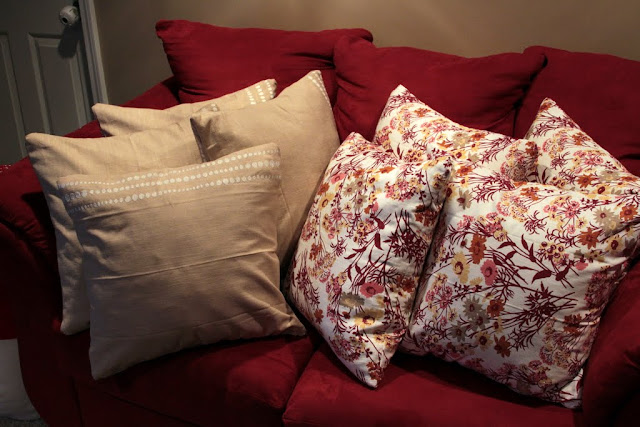 A huge entertainment area with enough seating would be have been a perk... but oh well!  No one complained nearly as much about the lack of seating as I did about the boredom I had to endure for having a football game on for four hours!!!  Whew!  :)  Maybe I should consider that factor when no one wants to come back to my house for the Superbowl NEXT year.  :)

These folks are our Bible Study group, once again.  We had people coming and going throughout the evening, kids running around, friends chatting and eating.  A few played games in the other room.  I love it!  :)  ...even though they were there for football.  :)

But as the night wound down, the families with kiddos had left, and my own boys were all tucked into their beds... only five of us were left for the viewing of Glee afterwards!  These people must not value true entertainment!  My goodness! 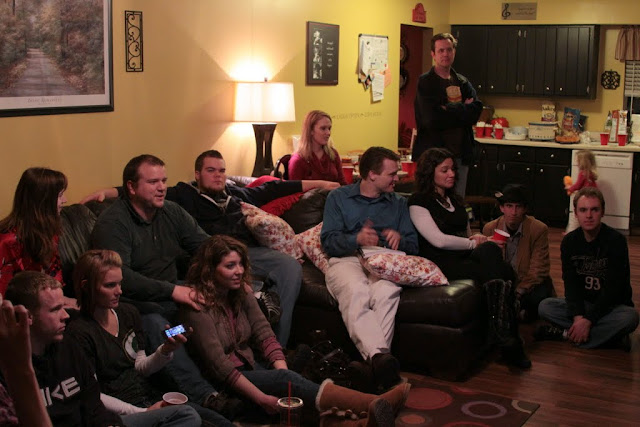 Posted by ilLaurastrations at 4:01 PM