Last week, it was COLD.  I'm talking, wind chills in the negative numbers.  Snow and ice were covering the ground.  The lake in our subdivision was frozen solid!  Well, maybe not solid, but the geese were walking on top of it regardless.  Everyone was SO excited, because the weather-people were saying that the weekend was going to welcome temps in the 50s and 60s.  And it did!  ...only to get even WARMER!  I think, at one point this week, I passed a bank sign than said 77 degrees.  My eldest wore shorts to school yesterday!  The ice had melted from the driveways.  The sun was shining.  The sky was just beautiful.

Today... back down to 40.  Cloudy.  Chilly.  You just NEVER know around here.  :)  I don't know how many times I've thought it was easily time to pack away my kids' clothes for the season, when BOOM!... Nope!  God was just teasing with me.  Haha!  (It's okay, I HATE the chore of packing away clothes... so don't feel sorry for me... it just gives me a new reason to put it off a bit longer.)

No worries.  It is what it is.  I've grown up here.  I've never known it any other way.  However, I WILL say that I think the part I like the least is the snow... mounds and mounds of snow.  This week, we were approaching temperatures near the 80s and the lake was thawed!  But guess what was still in the middle of every store parking lot.... 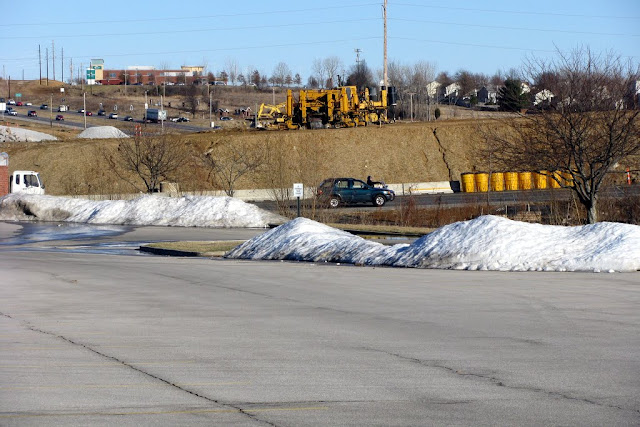