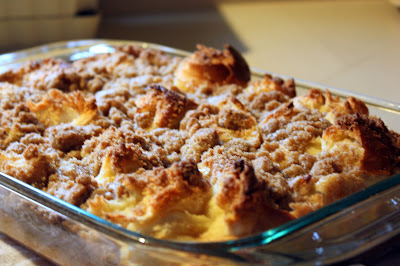 First, I ask that you forgive the horrendous quality of the photo.  I didn't get a single one in focus.  Oops!  Anyway... the subject matter is the point.


Pioneer Woman is becoming quite a vice in my home.  I don't know how she cooks like she does, and EATS like she claims, but stays the skinny minnie that she is!  Sheesh!  This is her Cinnamon Baked French Toast recipe.  I like to make a little something special for our breakfasts over the weekend.  In between sports seasons for the kids, our free Saturdays are welcomed and enjoyed immensely.  So, a rainy Saturday like today, called for a special treat.  This fit the bill.  It was a pretty big hit, I have to say.  My oldest didn't care too much for it, but it didn't stop him from polishing it off anyway. 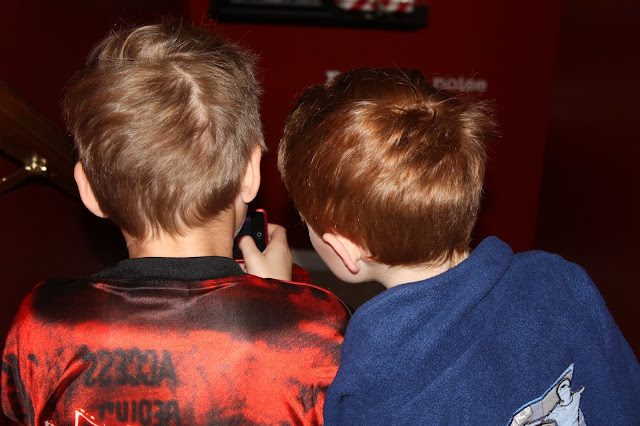 And this is how my babies have spent this damp day... in their jammies, playing games... watchin' tv... hangin' out.  Before I left to run, I found all three, lounging on the couch with their 3D glasses on, watching Shark Boy & Lava Girl.  If you haven't seen this treasure of a film, you are missing out.  Oh my. 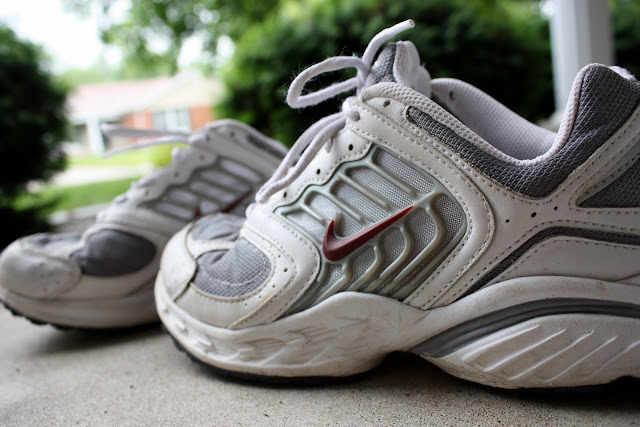 This is another part of my day... I've posted about my husband and his healthy lifestyle, that began a couple of years ago.  I find him to be amazing, truly.  I suppose he has gradually influenced me to get on board, between the food changes we've made for our family, even to the excersize.  Yes, it is true, I've started excersizing.  Cough.  Cough.  Kind of.

I always say that there's a "dark force" that has always plotted against my plans to excersize.  Something always gets in the way!!!  This was no different.  Only three weeks into my run/walk plan, I hurt my shoulder.  I had to take a week off, and it felt like I was completely starting over when I got back to it!  :(  Three weeks doesn't sound long, but it's kind of big for me to stay with it, even for that long.

You see, I don't LIKE to excersize!  I don't like to sweat.  I don't like to get physically worn out.  It makes me feel icky.  But I recognize the need to be and stay healthy for my family.  And if I don't start now, it will only get harder later.

So, here I go!  Today, I started my 7 minute run/3 minute walk week.  I found a plan for beginners in one of my hubby's runner magazines, and the goal is to be able to work up to running for a 30 minute period, straight.  And if I didn't know any better, I may just get it done!  I'm trying, anyway.

I probably bought those tennis shoes seven or eight years ago.  They're in pretty good condition, which tells you often I wear them.  They've felt more pavement in the last couple of months than they have in the rest of their lifetime.  But when I become a "real runner," I'll treat myself to a Fleet Feet purchase.  My husband swears by a GOOD pair of running shoes.  But I have to make it to 30 minutes first.  Then, I'll allow myself the reward!!!!  If buying new shoes doesn't give me incentive, nothing will!  :)
Posted by ilLaurastrations at 2:00 PM