Interesting fact (according to http://www.classbrain.com/):
Capital or Capitol?

What is the difference between these two? Here’s how it breaks down . . .
The Capital is the city or town that is the seat of government in a state or nation.
The Capitol is the building in which the state legislative body meets. 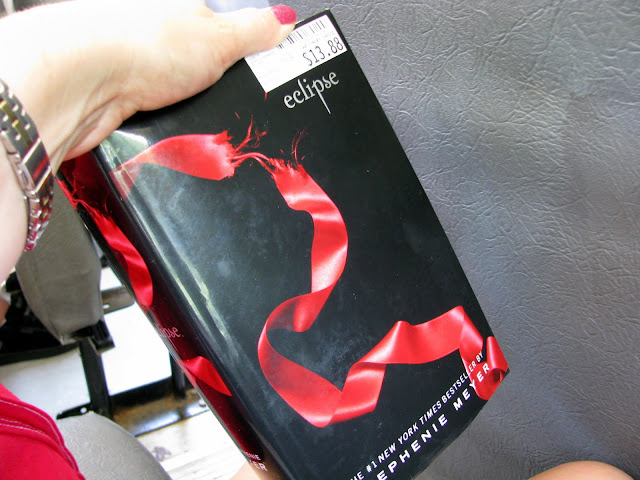 This is how I passed the bus time.  Yeah, I admit it...  While my not-so-little guy listened to my iTouch and goofed off with his friends, I sat and read... and paid very close attention to what was going on around me, I assure you.
As for my time with my son, it was certainly worth every second.  I only brought my little point-n-shoot, due to not wanting to carry around (or LOSE) my good camera.  But I actually had a fun time, learning things I was WAY more interested in as an adult, than I was when I had a similar field trip in highschool.  :)  Go figure! 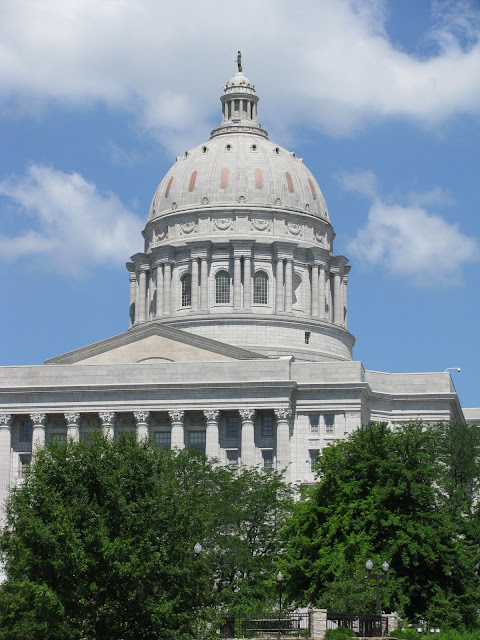 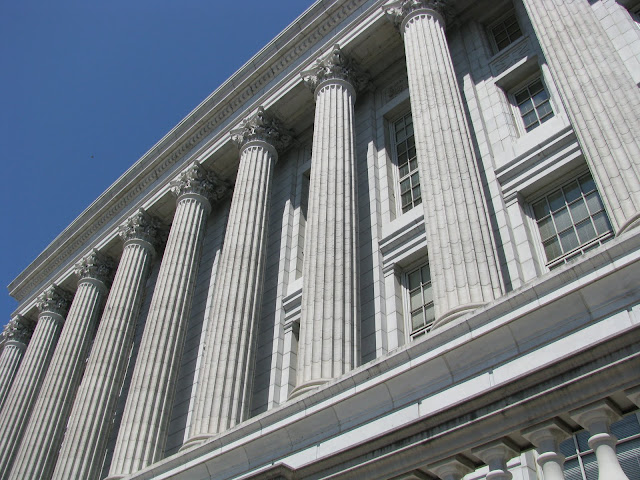 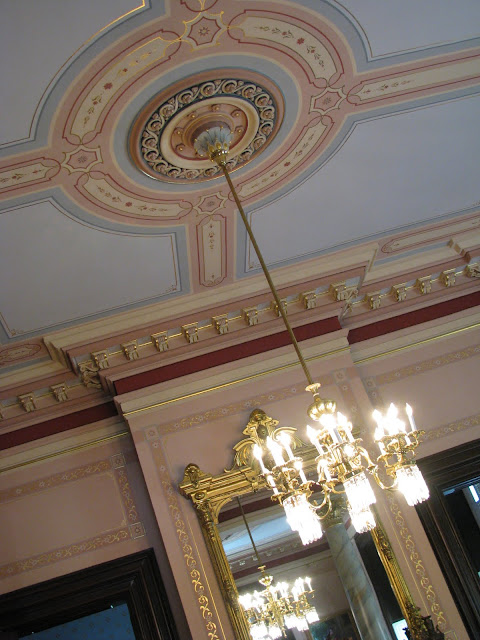 We visited the governor's mansion first.  I was mostly intrigued by the ceilings and chandeliers.  It's amazing to me how intricately designed things were back then.  So ornate... and, in my humble opinion, gaudy! 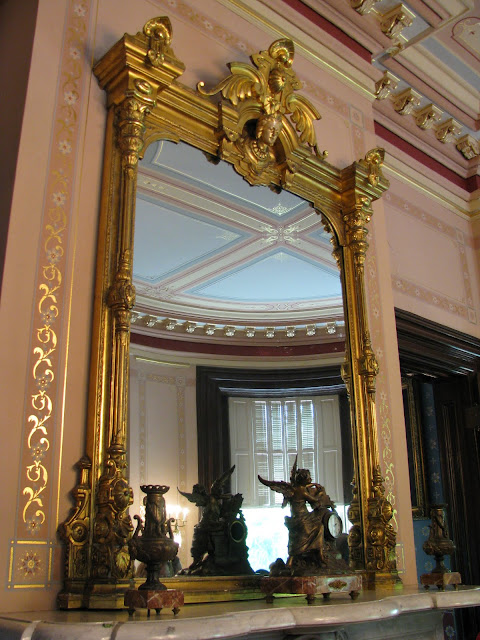 It isn't that I don't recognize the artistry, of course.  And I know that many would find it to be beautiful and elegant.  I also believe that elegance has truly been lost throughout the years, and we could use some restoration of it, for sure! 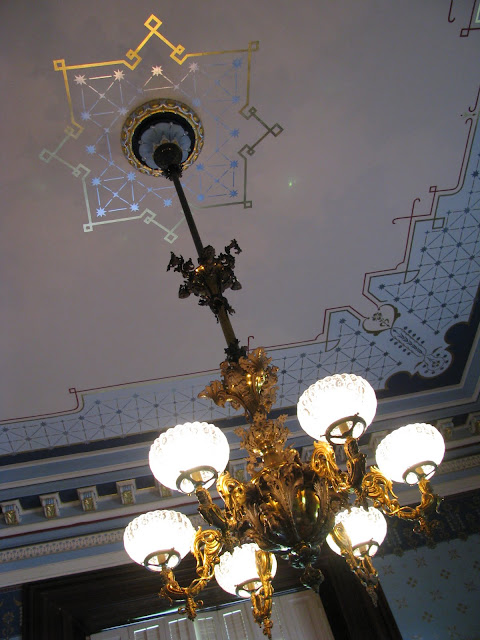 But could anything feel LESS inviting or "at home?"  HOWEVER, the detail and designs were indeed a sight to behold. 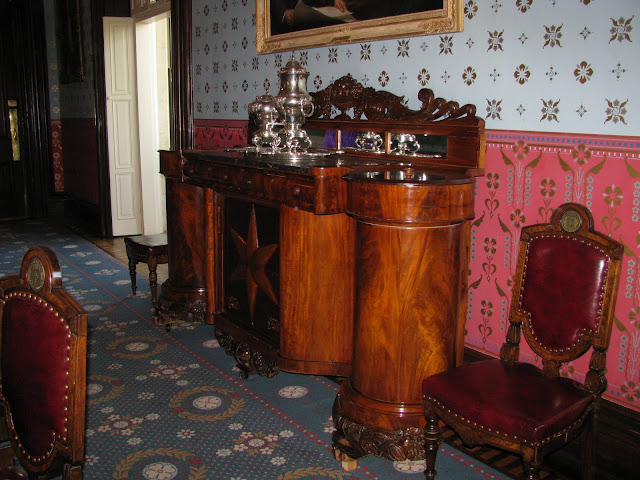 Our tour guide through the mansion was a sweet, little old lady.  She made me smile as she told her stories so enthusiastically.  She talked about this piece of furniture, and how it was designed with springs on the inside of each end.  Plates were placed on top of the springs, so when you removed one, the next would lift to the top.  I don't recall which governor it was, but one had his servants fill those sides with grain instead, so his horse could come in and join him for dinner, because he said that he'd rather share dinner with his horse ANY day, than the "elite" of his surroundings.  :)  The kids chuckled at that one. 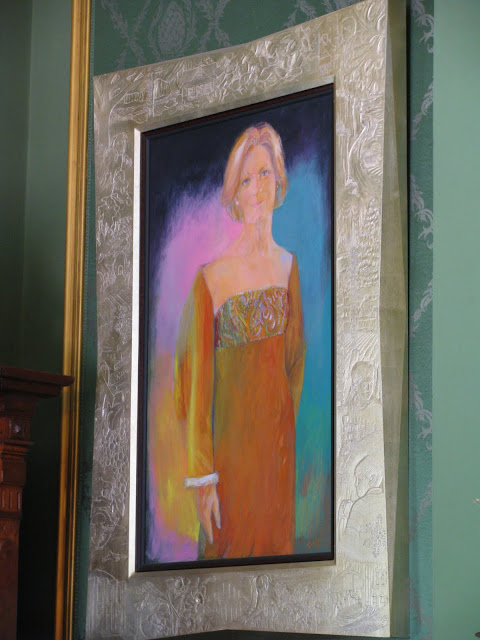 The whole place, which was actually rather small (only the main level is open for tours and the rooms were relatively tiny compared to our nice, modern open floorplans of today), was covered in these paintings... of all of the governors' wives.  And they all creeped me out, with the exception of this one and one other.  A lot of them were dark and unhappy looking.  Again, I'm sure they were supposed to be regal-like, in some fashion... but to me, they just looked gloomy. 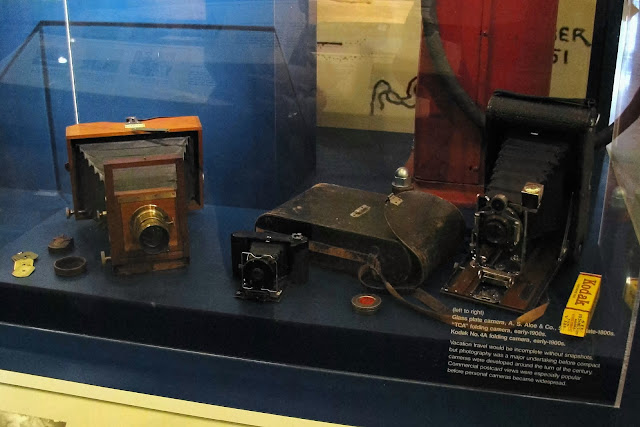 After the governor's mansion, we had lunch, and headed to the capitol building.  The main floor is covered in historical showcases, from fun things like these... to models of ships and submarines... historical and current facts about Missouri, etc. 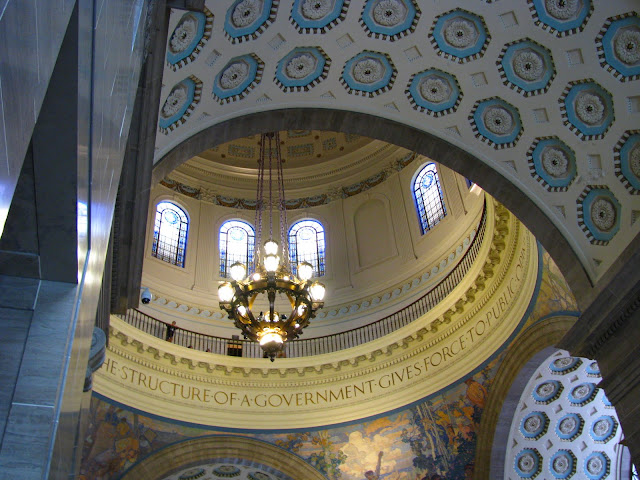 I liked this building a lot more.  The spacious ceilings had room for the ornate decore (granted, it's a "few" years newer AND a little bigger deal).  Instead of looking cramped in a cluttered, tiny room, it was magnificent, bold, and strong... certainly a far cry from Missouri's very first capitol building.  I couldn't believe how much more I paid attention than the other times I've been there in my life.  It was like I looked at it all for the first time.  I wonder what my son will remember later, from his first visit there. 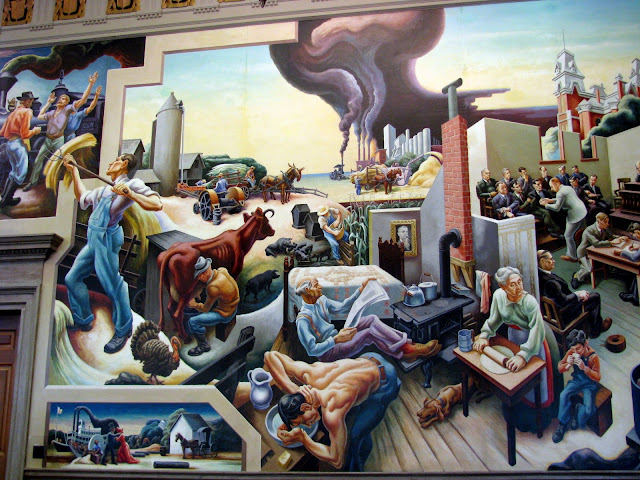 This was one of my favorite rooms.  Every wall in the room is a huge painting, done by Thomas Hart Benton.  He used EGGS as the base of the paint!  I loved hearing the stories behind this painting.  The mural stretches around the room, depicting different times of American history.  If you're interested to see more pics, click here. 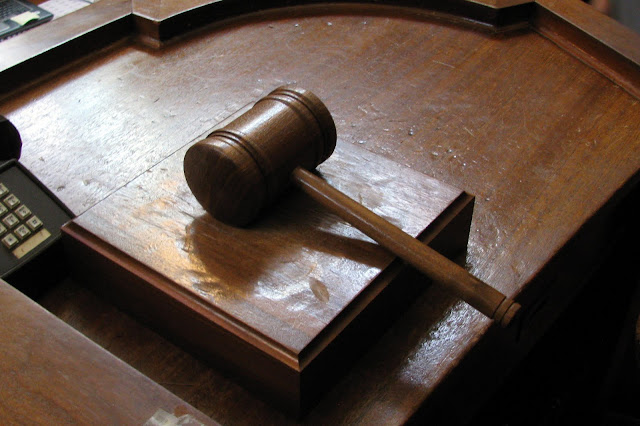 We visited where the House of Representatives and the Senate meets. 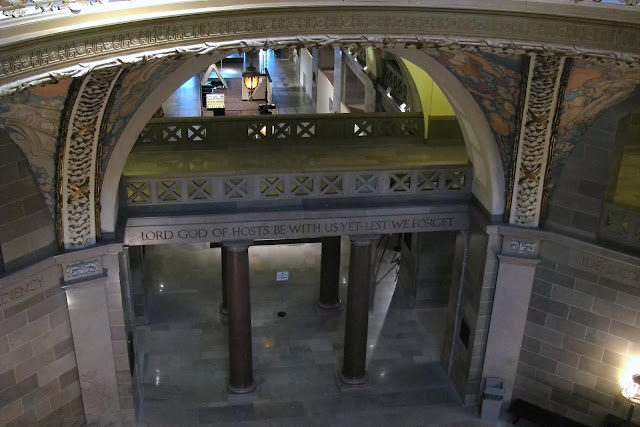 My personal favorite.  There are inscriptions everywhere that make it awfully hard to deny the faith of our forefathers.  You know what's crazy?  This specific capitol building was built in completion in 1917... less than one hundred years ago.  Isn't it a trip to think how much we've changed?  There was a time, our public school teachers taught from the Bible.  Now, they can't even pray in their classroom.  I wonder when they'll start redesigning our old, historical buildings such as this, to remove God's name from our government completely.

I'm thankful for the millions who have died, to ensure that I could be free.  Even more, I thank my heavenly Father, for His was the ultimate sacrifice; and in Him, we have eternal freedom.  Without Him, we would be nothing, and so would our country.

One nation, UNDER GOD, with liberty and justice, for ALL!
Posted by ilLaurastrations at 3:11 PM