I've quoted my friend before... who, I think, quoted something she read somewhere... Regardless, the quote goes like this:

"The best camera to have... is the one you have with you."

In other words, having ANY way to capture a memory is better than NO way at all, right? Well, it's a GOOD thing!

On Christmas morning, my husband surprised me with a spectacular gift (as he often has a way), tickets to see Idina Menzel with the Saint Louis Symphony Orchestra, at Powell Symphony Hall... I was elated!

I have yet to see the ever-so-popular Broadway musical, Wicked. (Get it? "Popular"? ... if you don't know the show, you have no idea what I'm talking about. If you do, you said, "Oh, Jeez, Laura..." Wicked has been to St. Louis a couple of times in recent years, but it just hasn't worked out for us to go, for one reason or another. Anyway, to see it now would be wonderful, don't get me wrong; but to see it without its original actresses, being Idina Menzel and Kristin Chenoweth, couldn't even be comparable.

But my husband got me tickets to SEE the original "Elphaba," in concert... "excitement" is an understatement.

Let me give you a little hint, as to why (not the BEST recording, but you get the idea.):

Our tickets were for January 23rd, Sunday afternoon... for all five of us, kiddos included.  Oh my goodness, SO exciting!

Well, let's get those out of the way.  Sunday mornings are always crazy around here... We still had church that morning, but planned to grab some lunch after, and head straight to the concert.  I wanted to dress the boys up semi-nicely, which needed to happen BEFORE we went to church.  When I was a kid, it was practically a staple for us to all have dress clothes and dress shoes, able to prepare at a moment's notice.  Things just aren't really that way anymore.  Little did I realize, KS1 had outgrown any dress pants I had for him.  Oh well.

Downside:  KS1 wore jeans.
Upside:  It didn't really matter.  KS2 and KS3 did wear dress pants, and they all still looked wonderfully handsome, with their dress shirts and sweaters.

Downside: I forgot my phone, my iTouch, AND my camera... even the point 'n shoot.
Upside:  Jason still had his iPhone.  Yay!  And he didn't even get (too) annoyed when I kept asking him if I could use it!

Downside:  They were calling for 3 to 5 *MORE* inches of snow (on top of the 8 to 10 we'd already received a couple of days before).  When we headed toward downtown St. Louis, the snow was POURING.

Upside: Safe travels there.  Made it on time.  And the snow had already finished falling by the time we drove home.  The weather-people were wrong.  Go figure.  But sometimes, that works in our favor... this was one of those times!

Upside.  Upside.  UPSIDE:  THE CONCERT!  :)  I loved it.  Everything about it.  I thought she was charming, funny, and I left with an even HIGHER opinion of her talent than I had before I saw her in concert. The orchestra was just beautiful.  My boys sat like little angels for the entire hour and a half, and I they even enjoyed (parts of) it.  :)

Idina plays a character on the series, Glee, and we have all of the soundtracks, so the boys are very familiar with the music from that show (I do NOT, however, allow them to view the actual show, if I may just mention).  When Ms. Menzel began to sing her (Glee's) version of "Poker Face," I thought KS3 was going to hop right out of his seat!  They all recognized and enjoyed "Defying Gravity" as well.

Another weird YouTube video, but it was the one I found with the best sound.  Granted, the lyrics to this song are questionable, at best.  In fact, it was hilarious to hear Idina's side of the story, that she even sang this in the first place.  You had to be there... :)  Anyway, the harmonies are what I find to be so much fun.

It was truly a memory to cherish, indeed.  The pics don't do the experience justice.  Photographs aren't even allowed to be taken inside the auditorium.  So, I set a good example for my children, and I obeyed the rules.  :(  Hmph.

Here are just a few (very poor quality) photos I have of our afternoon.  Just remember, they still reflect a great afternoon, and I have them ... and that's what counts.

Outside the windshield, on our way downtown. 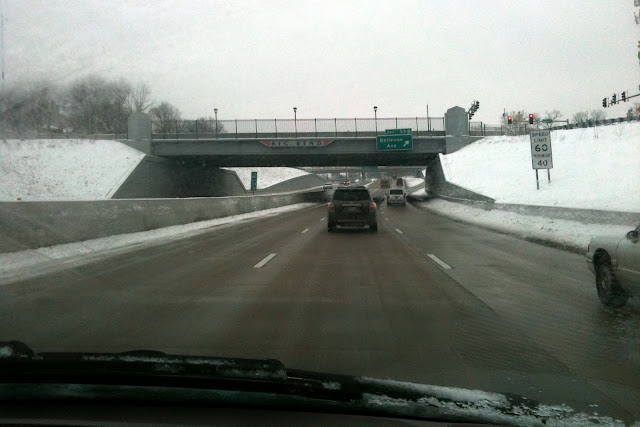 This was the first time the boys noticed that the Eagle flaps its wings.  :)  They thought that was pretty cool. 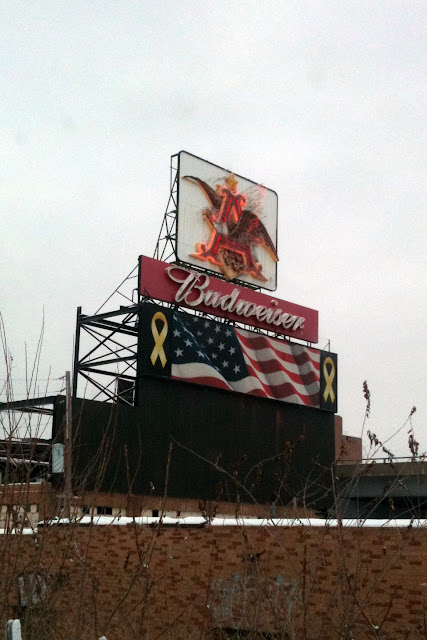 The ceiling outside the auditorium. 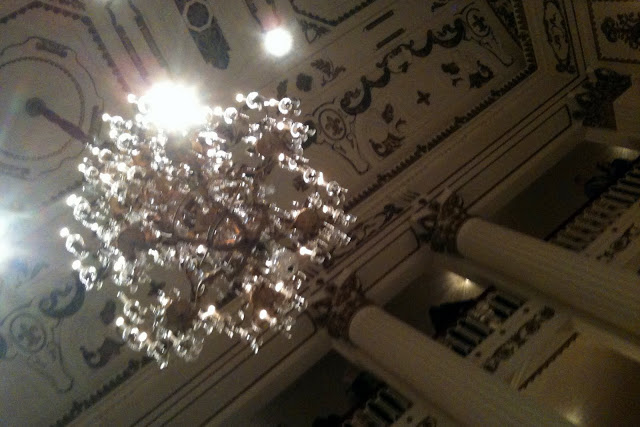 Powell Symphony Hall, the side of it (from the lot where we parked).  It's hard to believe what it looks like inside, compared to its outside, isn't it?  At the bottom of those steps, folks were all crowded at an exit, hoping to see Idina "leave the building."  :) 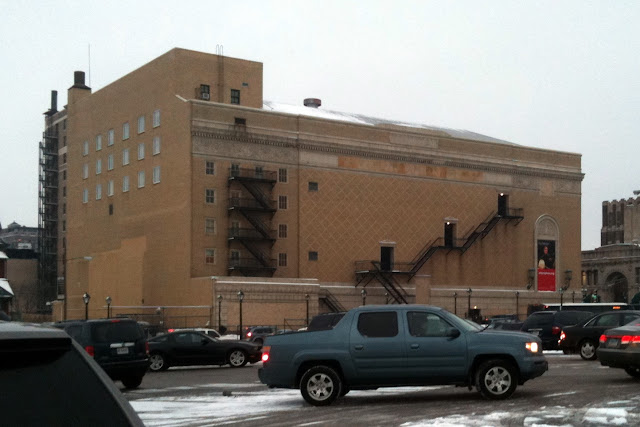 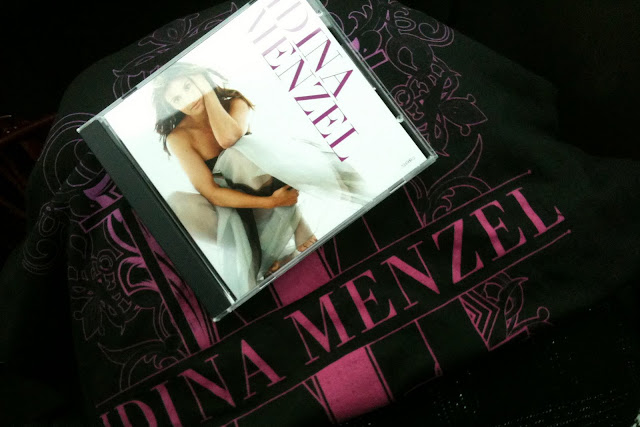 And a quick snapshot from inside the van, on our way home.  I actually like this picture.  :) 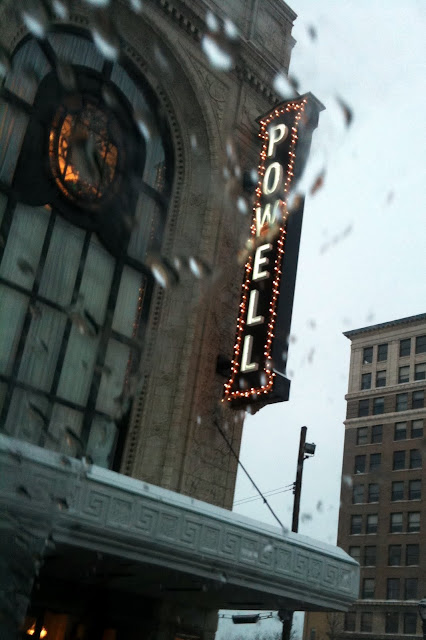 And one more video, just because I love it.  This is a scene from Glee:
Posted by ilLaurastrations at 2:20 PM