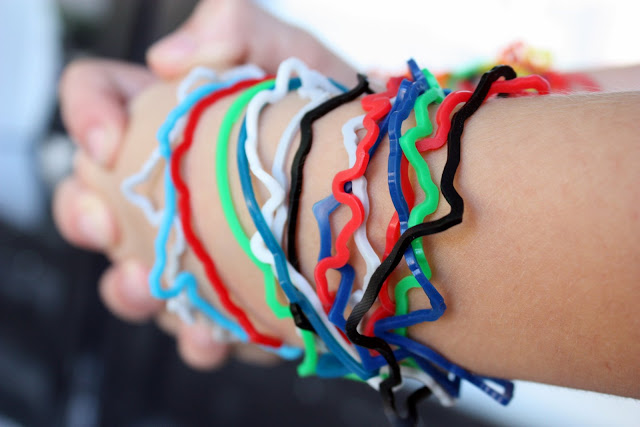 Have you all heard about these silly things?  Silly bands.  I suppose they're the newest trend.  My kids think these are just great.  (They all think they're great, minus KS1.  He thinks they're "dumb," but he got his father's ... er... well... more "sensible" gene (or as I sometimes call it... the fuddy-duddy gene)... heehee!)  I always swore I'd be one of those "cool" moms who stayed in touch with all the kids' trends and such.  Ugh.  I have failed.  I don't know if these things are "really" cool, but I see them adverstised EVERYWHERE.  Walgreens had their huge sign out... "WE HAVE SILLY BANDS!"  Well, doesn't every store?  I see them at the grocery store, at WalMart, at Target.  I won't be surprised when they start giving them away as Happy Meal toys!

When I was younger, there were a few similar trends.  Anyone remember slap bracelets? 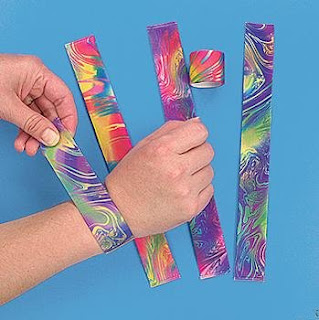 They outlawed them.  Apparently, the bendy metal could cut through the fabric or material and eventually slap a cut right into a child's wrist (well, that's what I'd always heard, anyway... who knows if it's true, because I've recently seen them resurfacing, just like everything else!).  Yikes.

There were also jelly bracelets. 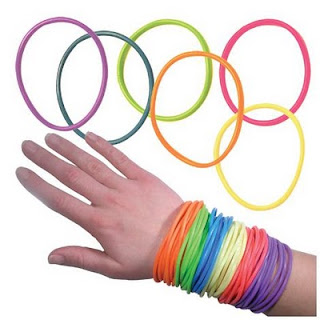 We would take two of them and knot them around one another to make such a cool design.  (When I looked them up for the picture, apparently, now they're rumored to mean a whole lot more than what I ever knew as a kid!)

And, of course, there were the homemade friendship bracelets, which are also trendy again. 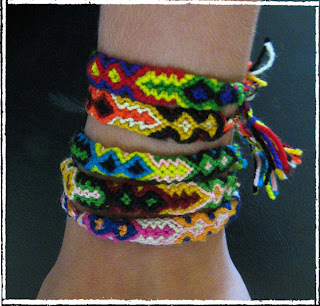 I was never able to make any as cool as these, but you get the idea.


What about Swatch watches?

The cool thing for these, was to have six or seven, and wear them ALL at the same time... several on each wrist.  Or was that just me?  Oh, my dad HATED that phase!
Isn't it funny what comes back around?  Silly bands are new, though.  These weird, little things are actually in the shapes of things.  When you take them off, they're an outline of an object.  My mom just bought some for the boys, of Iron Man, the Hulk, and Fantastic 4.  And they can cost a fortune!  Seriously?  For super hero shaped rubber?