Yesterday, we made a visit to my parents, and hung out with my siblings.  :)  It was a beautiful day, so my brother and sister joined us for a trip to the park with my kiddos.  I took advantage of the gorgeous weather, brought along my camera and captured some historical moments... well, historical in my life, anyway. 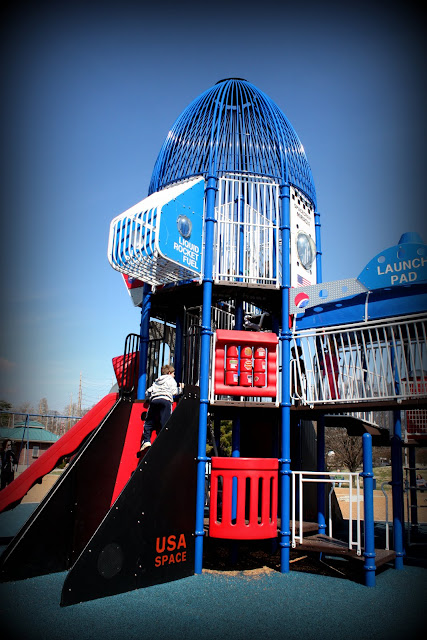 This is the "spaceship" park, a park we attended several times as kids.  However, this is the "new" version.  The old shuttle became a bit unsafe in its old age, so they reconstructed and rebuilt the whole thing.  Now my own kids enjoy this part of my childhood neighborhood.  :) 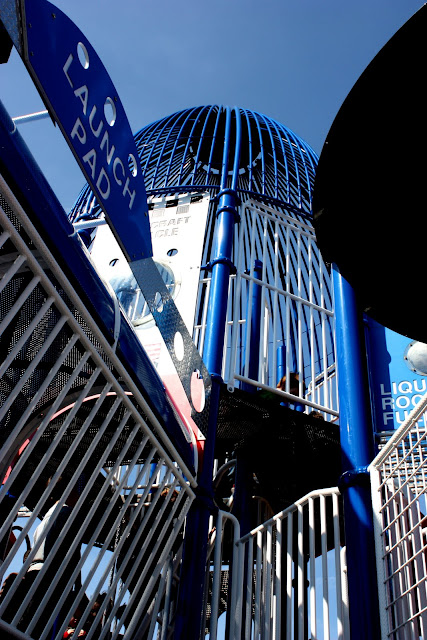 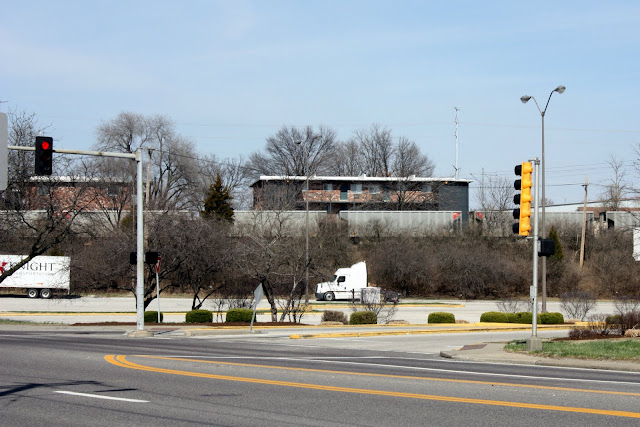 I took this as we were leaving the park.  My grandmother lived in some apartments on the other side of these railroad tracks.  Her father was a train engineer, so she loved that she could hear the trains passing right outside her window throughout the day.  Good memories.  I never see a train that I don't think of my grandma. 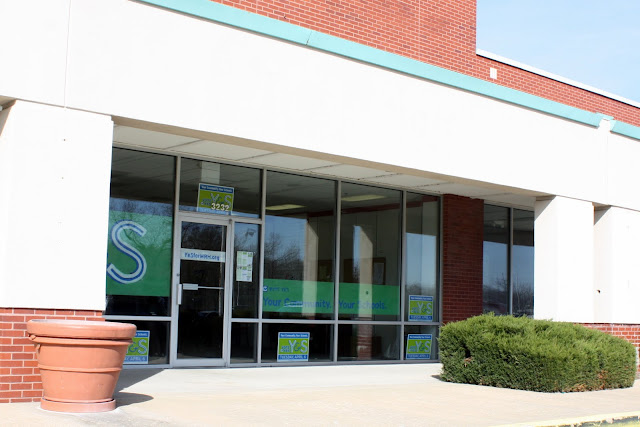 I took a detour throughout this shopping center, to take a photo of where I had my first job!  This shopping center was built when I was a teenager.  They even got rid of a baseball field to put it in, and now, it hardly has any business in it at all.  :(  This store used to be "One Price Clothing."  It was one of those inexpensive clothing shops, and I just LOVED it.  I worked there my junior year of highschool, and spent most of my paycheck before I ever left the building.  Haha! 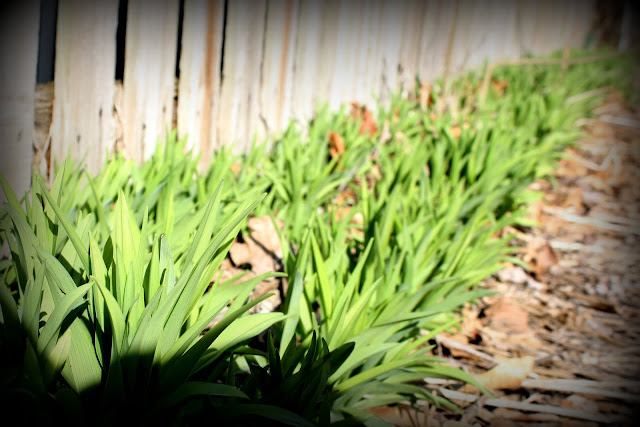 After going to the park, we grabbed some DQ blizzards, and headed back to my parents' house.  I spotted these day lilies starting to sprout next door, and they always remind me of the lady who used to live there.  She loved flowers, and her name was Rose, coincidentally enough.  :)  She was always so sweet to us when we were little.  These flowers are on the other side of my parents' fence, and when they grow, they probably reach half the height of the fence.  They bloom EVERYWHERE, and I just love them.  After Rose passed away several years ago, her nephew moved into that house, and he doesn't really keep up with the gardening like she used to, but these lilies have maintained all on their own. 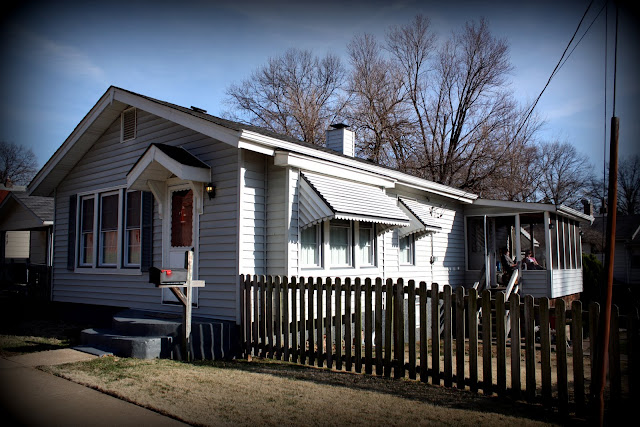 This is the house, where I grew up, and now where my kids visit Papa and Mammaw.  That's my dad and sister, sitting up on the porch.  It was such a pretty day, to just enjoy being outside! 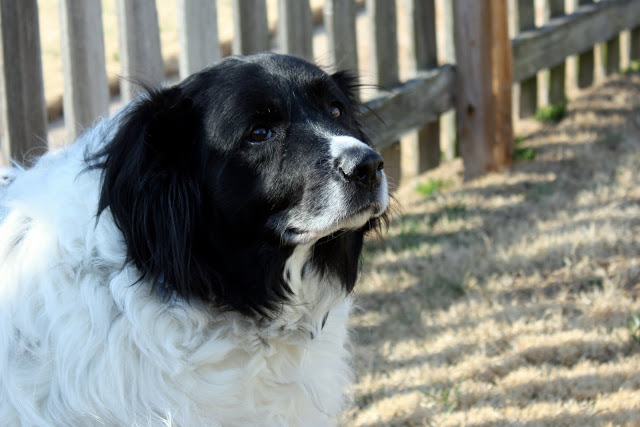 My sister's dog, Boscoe.  My brother says he's not a dog, but a cow. 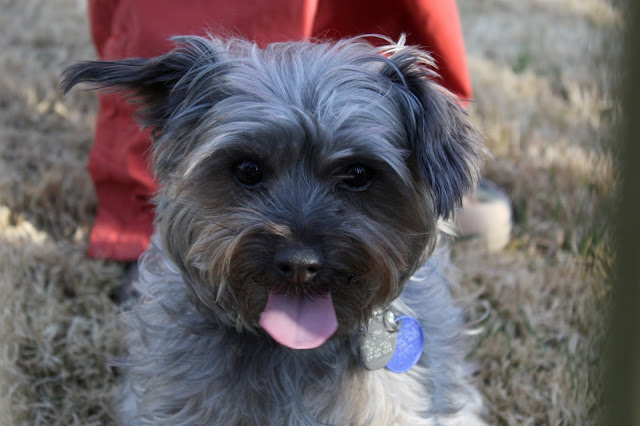 And this is my sister's baby, Koda.  You can't tell, but I took this picture from the other side of the fence, where my sister was playing with our nephew.  He was trying to JUMP high enough, or squeeze down low enough... Either way, he WANTED THROUGH that fence to get to her.  Such a jealous, little thing.  :P 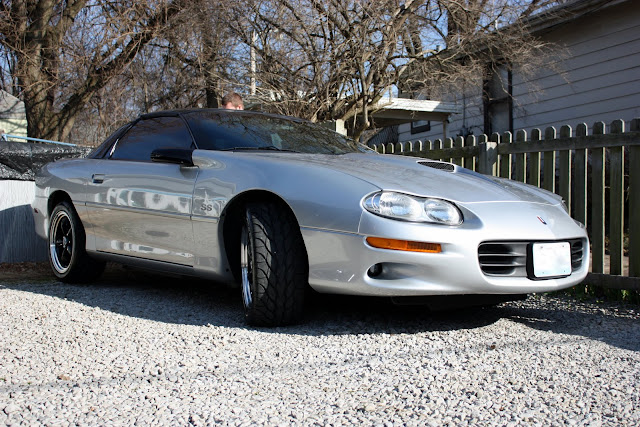 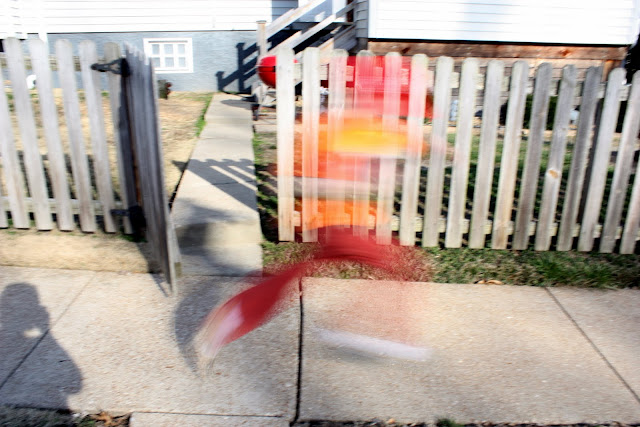 My son wanted me to take a picture of him running so fast he became a blur, as in "Dash" from the movie, "Incredibles."  I thought this was a fun one to include. 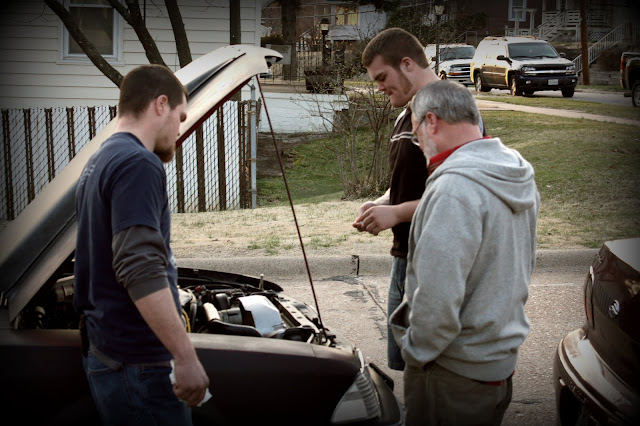 I've included some of my kids' photography in entries here and there, and I thought I'd add a few of those today as well.  One of the kiddos took along one of my older cameras with him yesterday, and it's always fun to see what they will capture. 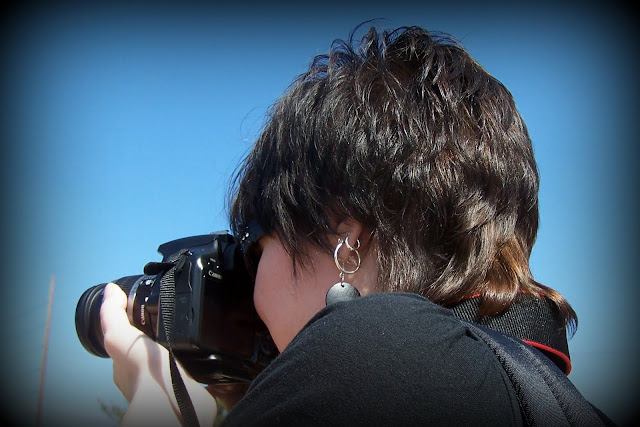 How my children see me SO often! 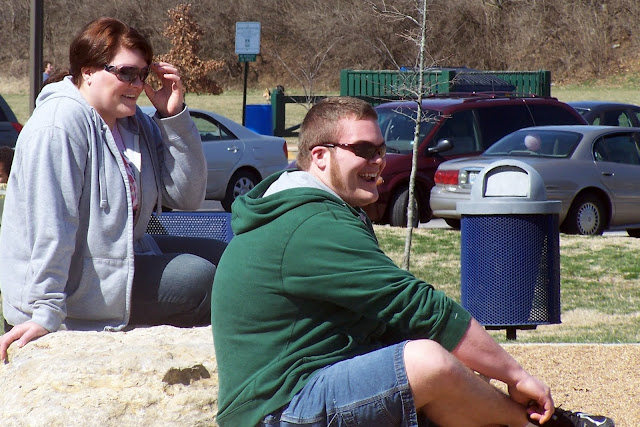 He got this one of my brother and sister, and I thought it was very cute. 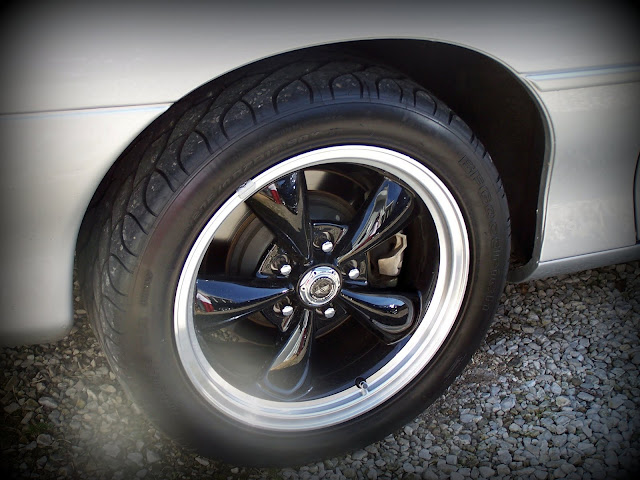 This was one of the SEVERAL pics he took of his uncles' cars... parts of cars, hoods of cars, back ends of cars.  I don't know how many I found on there!  I think he may be obsessed.  :)
Posted by ilLaurastrations at 3:47 PM