Our Smelly Ellie... That's what I call her... because she IS smelly.  We have a friend who recently called her Ellie Mae, and I think that's much cuter.  I'm hoping I can make it stick.  :)

She was found by the sister of a friend of ours, on the side of the road, playing in the autumn leaves.  I can just picture her, hopping and jumping around.  This sweet lady couldn't bear the thought of leaving her there, all by her young lonesome self.  So, she scooped her up, brought her home, had her checked out by a vet, and sweetly cared for her for a couple of weeks.  None of this would become knowledge to me until the lady's sister (also my friend) posted a picture on Facebook, of our sweet Ellie.

Allow me to share with you, my "love at first sight" moments: 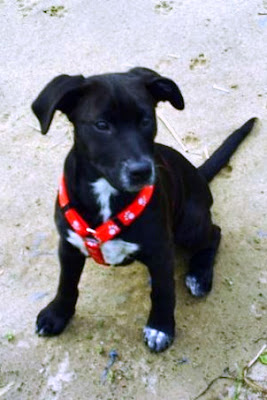 4 month old puppy needs good home with fenced yard. My sister found her on Hwy 70 and has been caring for her for a few weeks. She checks out fine with the vet and is in good health. 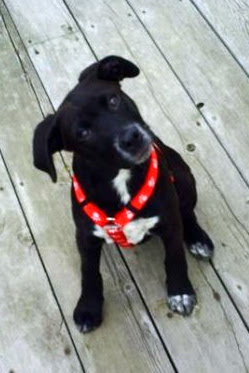 Another pic of the puppy my sister is searching for a home for... 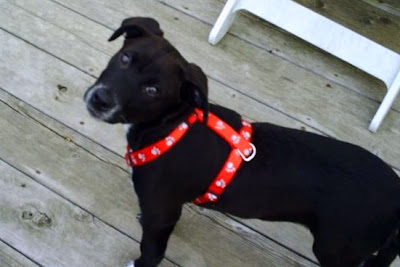 She won my heart over before I'd even met her!  Just look at that face!  I contacted my friend, and literally, before the day was over, we met our Ellie and decided she just HAD to be part of our family...

These were taken that very night: 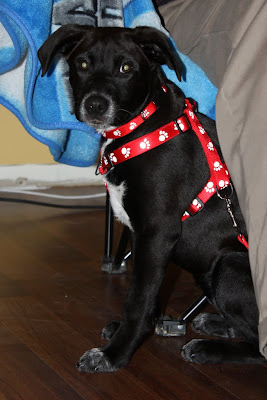 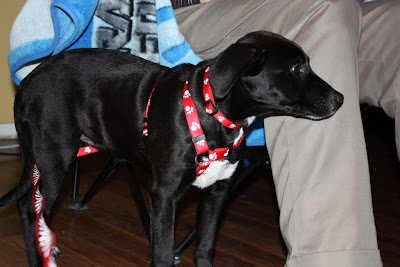 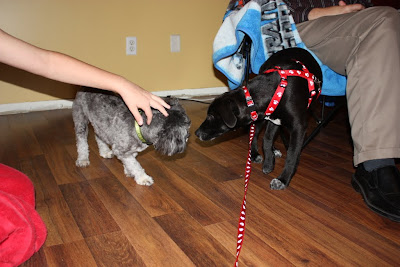 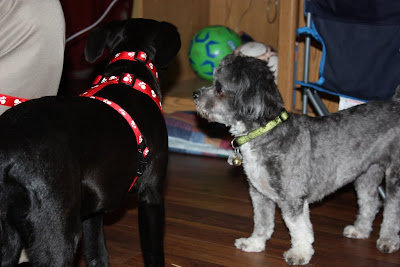 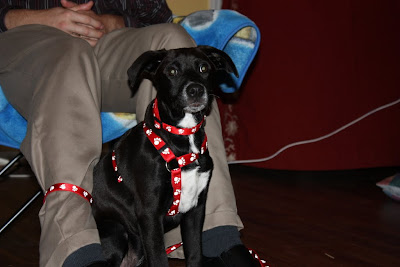 That was in November of 2009.  She has grown quite a bit since then.  In fact, she is nearly 50 pounds (she was about 22 when we brought her home), still has a ton of energy, and STILL has me wrapped around her little, spotted paw.  :)

...which is why I was rather sad when she had to have surgery last week.  :(

Several months ago, we noticed a little bump that had grown on the inside of her ear.  We'd been back and forth to the vet to keep an eye on it since then.  Last week, when I brought her in, our vet decided enough was enough and it was time to remove it.  The kicker is that by the speed that it had grown, and by the looks of it at that point, he is fairly confident that it was a severe form of skin cancer.  That would be when my heart started to race.

They kept her that night.  Surgery was the next day.  We picked her up the following day from that.  Tomorrow, we take her back in to have her stitches removed, and to find out the results from the biopsy of her bump (tumor...).

In the meantime, have you ever thought about how hard it might be to keep a dog from shaking her head???  She has been great, and takes her meds twice a day with no problem (we wrap them in a bit of cheese, so it's a treat), but the better she has felt, the more natural she has behaved.  It's a dog's NATURE to shake!!!  Dear me, it has been difficult to keep her from it.  But her stitches still look good, and we're awaiting the news tomorrow.

Isn't it crazy how pets can become such a part of our lives?  Trust me, I'd have never believed it... but I certainly do love those doggies of mine.  :) 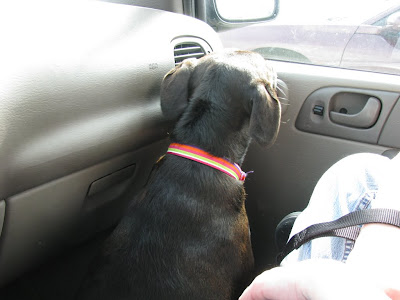 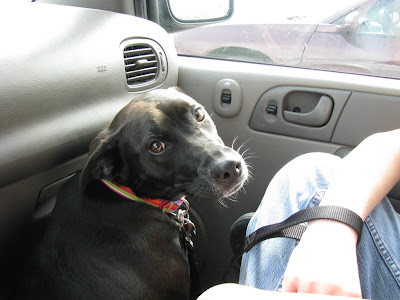 These were taken on her way to the vet that afternoon.  She is SO not a fan of car rides.  :(
At least she didn't throw up! 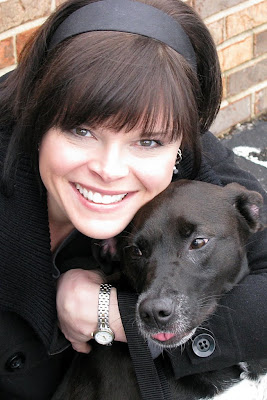 My son took this one when we picked her up.  We were SO happy to have her home!
She was pretty happy to be home, too.  :)
Posted by ilLaurastrations at 1:35 PM