My husband was so inspired the day after Christmas, that he talked (forced) me into helping him declutter one of the more "cluttered" areas of our home.  We have this corner of our basement that was in DESPERATE need of help.  And I don't understand why, but these impulsive acts NEVER seem to hit us at the same time.  WHY is that???  Regardless, I'm glad he coerced me.  We got to work, and we've gotten quite a bit accomplished.  These things tend to spiral.  But it's a GOOD THING, indeed.  :)

In our process, I'm always likely to find treasures with which it is time to say goodbye.  I'm like most doting mommies, I suppose, but I have a hard time getting rid of my kids' creations... especially something made specifically for me, or something I know they've put a lot of time and effort into.  HOWEVER, all good things must come to an end.  We keep for awhile, and when the phase has passed... OUT with the old, and IN with the new!

I have found that taking photos of their beloved crafts tends to ease the pain, for them AND for me.  :)  For example, this hand-created guitar by KS2 was a fave.  It has a nice story.  KS1 already had his own real guitar, so KS2 "made" his own, so that they could play together.  :)  KS2's birthday came around, and it just so happened that my neighbor was selling his old smaller-sized, REAL guitar, and KS1 snatched it up in a heartbeat, to surprise his brother on his birthday... hence, we are no longer in need of the cardboard-box guitar.  :)  (May I mention, incidentally, that we have several "toy" guitars... but KS2 just has to be creative.  It's part of who he is!)

Here's a glimpse of his talent: 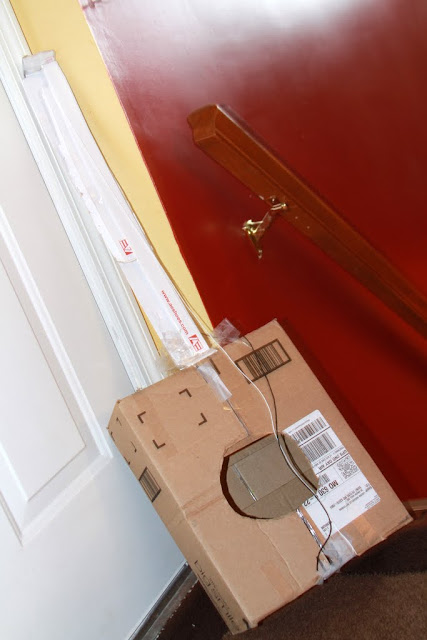 These were gifts for Mommy.  Again, created by KS2.  He's just so patient with his crafting.  He is detailed and thoughtful.  He loves to surprise people he loves with his little gifts.  It's really quite endearing.  I just love him to pieces.  These little handmade treasures have rested on my bedroom dresser for several months.  And now I have pictures to remember them forever.  :) 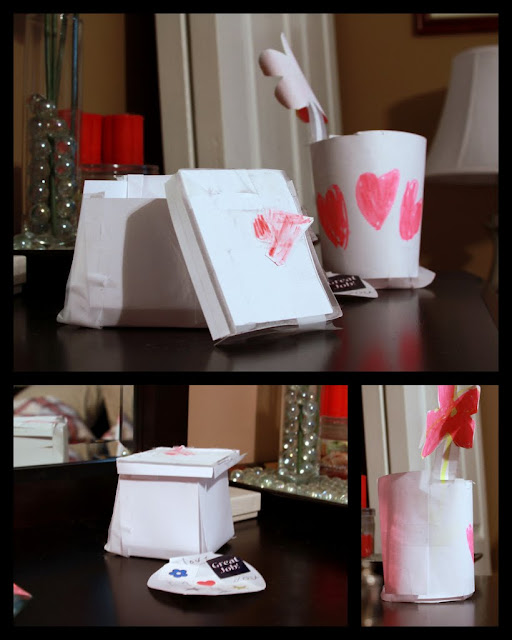 Posted by ilLaurastrations at 7:33 PM