Yeah, yeah... throw your stones.  But I'm not a "pet person," in general.  Growing up, I shared a room with my sister, who wanted to sample every type of pet God created.  To name a few, at any given time, there was a cage in our room with a guinea pig, a chinchilla, a hedgehog, a rabbit, or a hamster.  They were smelly (although to her credit, she cleaned their cages often).  They made weird noises through the night, and this light sleeper was often known to get up and angrily move their cage from the bedroom to another room, behind a closed door... at the very least.

We only had one dog as a family.  When one was lost, we got another.  Two dogs, I lived with throughout my childhood.  I had a very "take it or leave it" attitude about them.  I had very little patience for a dog under my feet, and I was prone to sneezing if they got too close.  Fortunately, they were loved and adored by my siblings, so they did not lack for attention, I assure you.

Then, I had a second son.

It was about that time that Grandma and Grandpa K brought home a new puppy.  She was a mini pincer.  I thought she was one of the most peculiarly, skinny looking animals I'd ever seen.  My oldest son, however, completely fell in love with her.  He was around 6 years old at the time.  I had three boys:  ages 6, 4, and 2... Clearly, I had a moment of insanity, but watching him derive such pleasure and joy from that little puppy tugged at my heartstrings in a way that only a mommy's son can.

My mother-in-law is a bit of a dog whisperer, so I put her on the mission.  She was thrilled to take on the task.  It was Thanksgiving weekend, and I asked her if she thought she could find something in time for Christmas.  I had a very specific list:  Had to be a girl.  Had to be small (we lived in a town home with very little yard of which to speak).  Had to be good-natured (I had a very feisty, mischievous 2 year old at the time, and a dog HAD to be toddler-tolerant.)  Had to be hypoallergenic (this mommy has allergies to most pets).  And just to throw another detail in there... and only because I wanted her this way... she had to be soft.  No wiry, course hair.  Fluffy and soft to the touch.  IF we could find a dog like that, I'd consider her.

It took my dear MIL about 5 minutes to find something online.  By Christmas, our next visit, my sons opened up their Christmas gift to find their new puppy. 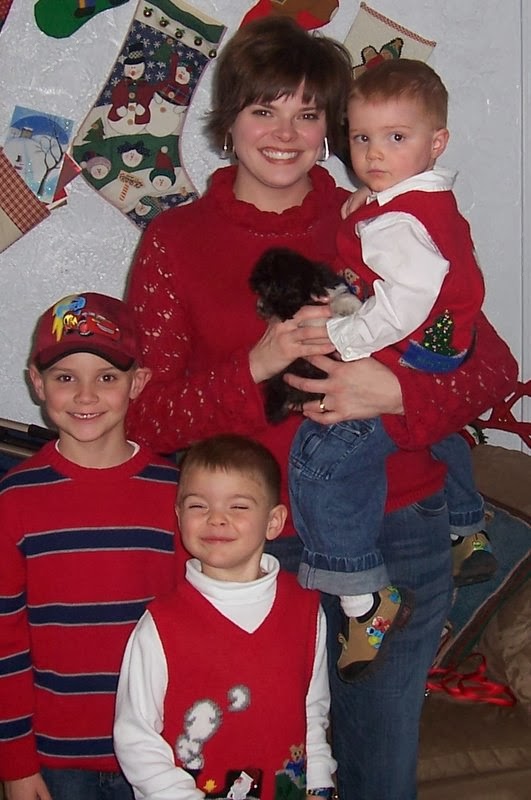 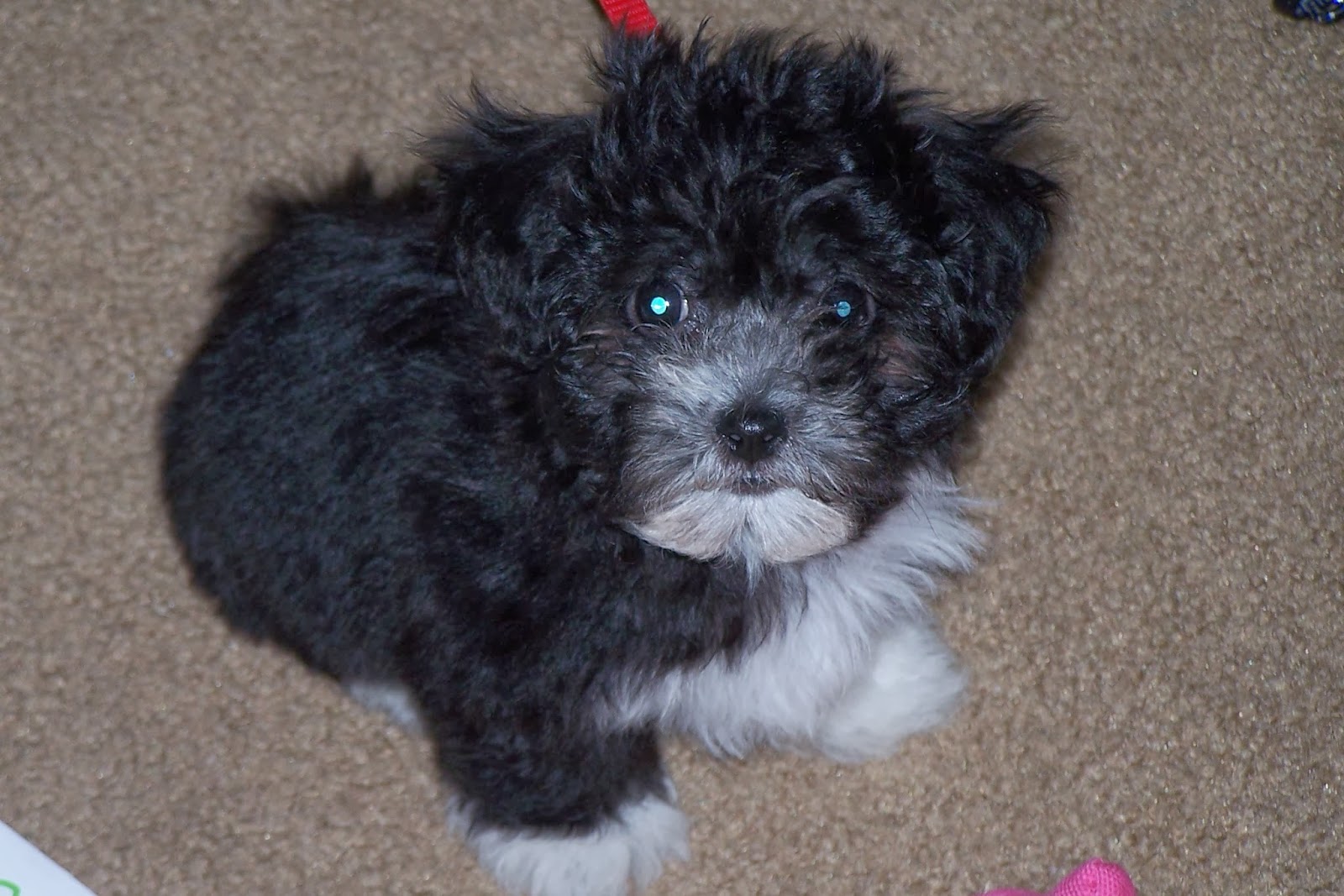 Yup, that's her.  My oldest wanted to name her "Amanda," because he knew a girl in his class named "Amanda," and she was really nice.  We shortened it to "Mandy." Our little, custom-designed dog.  And so our adventure had begun.

I welcomed advice from every dog owner I knew.  I read books.  I researched online.  My attempt was to "crate train" her.  Seemed simple enough.

"A dog will do all that she can to avoid sitting in her own mess.  Make sure to take her out as soon as you let her out of the crate, so she knows the routine."  -dog people

Easy-peasy!  I mentioned we had no real yard, right?  Nor did we have any privacy.  We lived on the corner of a very busy street, so considering my children were ages 6 and under, that meant I was the one to put her on her leash and take her outside, wait for her to do her business, and collect her "presents" to be disposed of properly. Did I also mention we got this dog in December?

Well, Mandy didn't like my rules.  She would rather let me stay outside in the freezing cold, only to see NO result, then wait til she got back inside, and go in her crate.

OK.  Nope, she'll still go in her crate, and then sit in it.

"Take the blanket out."  -dog people

"She must not be old enough.  Just give it more time." -dog people

OK, more time it is.

That little dog got more baths in the first year of her life than any dog has EVER endured.  Yes, I said her first YEAR.  To be honest, I've blocked out a lot of the memory of trying to potty train Mandy.  It doesn't sound like such a big deal, but I was still cleaning little-kid poo!  The last thing I needed was a puppy who refused to be trained!  However, I won't say it was all for naught.  Seven years later, I am still complimented by the groomer on what a good, little girl she is.  Well, she's been scrubbed down regularly since day 1, so she should be!

Would I do it all over again?  Well, I have 2 more to tell about, so clearly, I would.  :)  As it turns out, she's a great dog.  She is my oldest son's sidekick... always.  They bonded immediately, and are best buds to this day.  Granted, there are STILL times she might poo in the house.  She really doesn't like to go in the rain.  AND even now that we have an enormous yard, she loves to play "magician" and disappear in to the subdivision, so we have to go out traipsing around to find her!  She hates to eat in one place, so she takes mouthfuls of food, and drops them wherever she wants to be, only to leave a few morsels behind when she's finished, pretty much every time.  She's quirky, moody, and adorable in her cranky-little-old-lady kind of way.


Posted by ilLaurastrations at 4:38 PM