I've mentioned my obsession with Pinterest.  Well, here are a couple of recent tshirt creations:
Exhibit A: 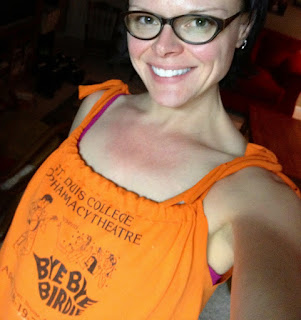 Let's not pay attention to the obvious negatives to this pic (shot with the iphone; no makeup; and leftover sunburn line from yesterday's trip to the park... now that we've cleared that up...)  This is an old, OLD tshirt from ALL the way back when my husband was in college... I saw him in this play, and just can't seem to part with the keepsake that is this tshirt.  I've used it as a paint shirt; bedtime shirt... so it has been well loved and well worn.  When I saw this clever tutorial, I thought I'd use this one as my guinea pig.  Here's how I did it: 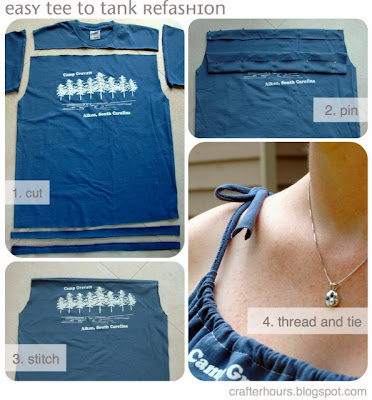 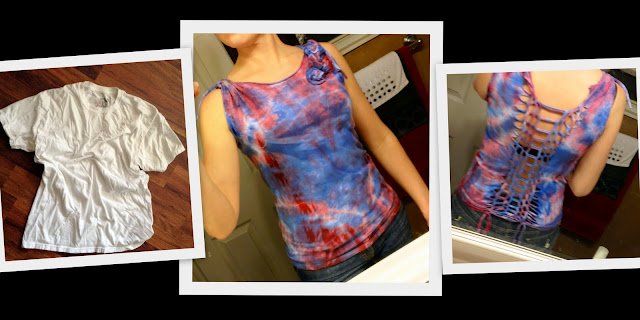 This one was easily more complicated... kind of a mish-mosh of ideas.  We started off with one of my oldest son's white undershirts (Come to think of it, I really need to buy him more to replace the ones I've "borrowed."  I doubt he'll want them returned after I've finished my experimentation with them!  ha!)  I really kind of played with it until I liked it.  The sleeves were a revised idea of the pic above.  And the tshirt weaving can be "searched" on  youtube.  That's how I found that one.  And the flowers were made from the trims I cut off the sleeves and neck.  Sorry, no tutorial.  But I'm going to get better about keeping better track of how/what I'm doing when I do it.  :)
In today's other news:
I went for a 2 mile walk with my 3 boys and 3 dogs.  A sight to see, I'm sure.  All we had on us was my oldest son's phone, so this was the best I got:

Our poor, little 3-legged puppy was POOPED!  She was trooper, though... just had to take a few breaks to sit and rest.
What fun we had, walking around the neighborhood on an overcast spring day, looking at all of God's creation in bloom.  He even held the rain off until AFTER we came home.  :)
Posted by ilLaurastrations at 8:52 PM