I was a terrible student.  No exaggeration... terrible.  It's not to say that I was incapable of learning. Honestly, there are probably so many details that go into reasoning through it, that it would take way too long to sort it out in a way that wouldn't  bore anyone to tears.  I was way too wrapped up in the social aspect of being a teenager.  I very much enjoyed attention from boys. I hated being forced to learn and/or study something in which I had zero interest.  I had issues with authority.  I didn't like going to a private school.  My piers probably thought I was an idiot. My true friends knew better, but really didn't get it.  My teachers, and ESPECIALLY my parents were continuously frustrated by me.  I spent the majority of my teenage years grounded for poor grades, and bitter because that interrupted my socializing....  I really wasn't all that misbehaved, but I had a whole lot of inward struggle... always feeling a bit tied down and repressed....  and, well, like I said, the list goes on and on and on.  Quite honestly, I'm so thankful those days are behind me.  I'm not proud of them, but at least I can say that I'm not the same person I was.  In fairness, who IS the same person they were as a teenager?  YIKES!

HOWEVER, my husband is exactly the opposite... THANKFULLY!  I truly want my boys to take after their dad!  :)  He loves to learn.  He reads constantly.  He was an excellent student, and the man is a wealth of knowledge.

THIS is why he has always wanted to go back to school.  When we met, he had come to St. Louis to be a student at St. Louis College of Pharmacy.  That education still serves us well.  :) His career, however, took a different course.  Only in recent years, have both paths joined.... into what they call "health informatics." Yeah.... you can look here:

So, that's what he does... he does it well, I might add.  And he decided to get an official degree in it.

I'll be honest, the idea of him going back to school had never been a popular one to me.  He's already a busy guy.  We're managing a family of five, with three growing boys who need their dad around.  I didn't  care for the idea of time being taken away from our family, while he was in classes.

But I trust his judgment, which has not led me astray yet.  :)  He recently found this school that impressed him, and once he made the decision, he pretty much jumped right in.

To my pleasant surprise, he has managed for his studies to make little impact on our family.... so little, in fact, that I really didn't realize the weight of it until a couple of weeks ago, when we attended a "social, getting-to-know-you thing" for the students in the area.

We went to a little restaurant downtown, where they did a "happy hour" kind of event, and we met the chancellor of the school, and mingled with other students.... even met two other "health informatics" people (who knew?!!!).

And as I looked around, it all started to soak in.... he has finally done it... after nearly twenty years of wanting to, he's doing something he so badly wants for himself.  And my heart swelled with pride for this man to whom I'm married.

It's easy to overlook the wonderful things about a person when you've known them so long... to take them for granted.  I'm thankful for the moments when I'm snapped into reality and it is made aware to me in a new way, how blessed I am.  I love this man's brain... that he loves to soak up new things... that he loves to learn.  I love that he wants to continuously challenge himself, to do better... to be better.  He takes his responsibilities very seriously.  He provides for our family, all the while allowing me the freedom to make our family my top priority. 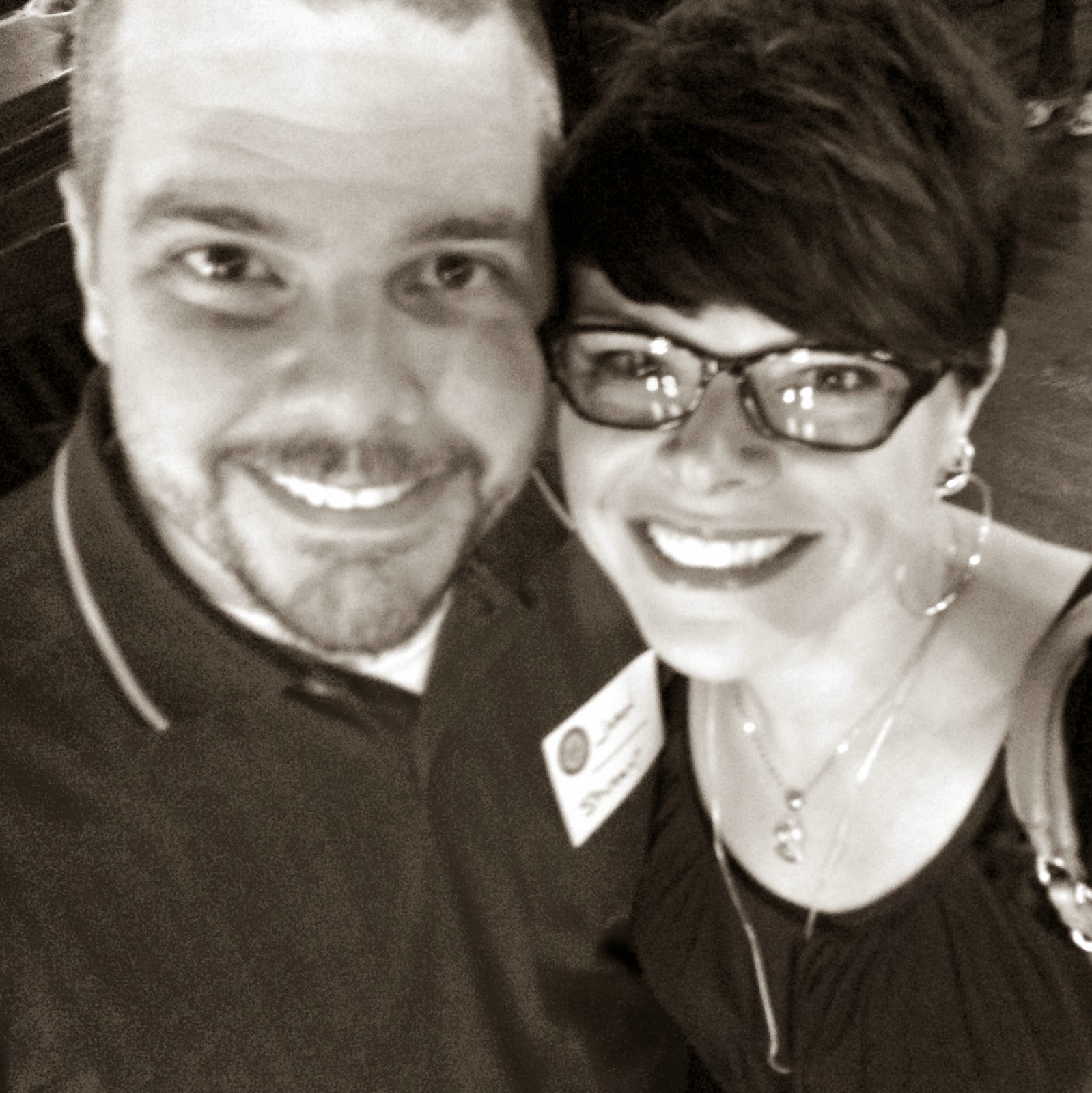 
Posted by ilLaurastrations at 11:28 AM