Once upon a time, there were three build-a-bear animals in our home (not all pictured, unfortunately, due to being packed away, because my oldest child thinks he is too old for such things).  These first furry friends were Christmas gifts from Mammaw and Papa, back in 2004.  It was a fun and special trip.  The boys were accompanied by Mammaw, both aunts and their mommy, on their first trip to create their Build-a-Bears (or in this case, dogs and bear). 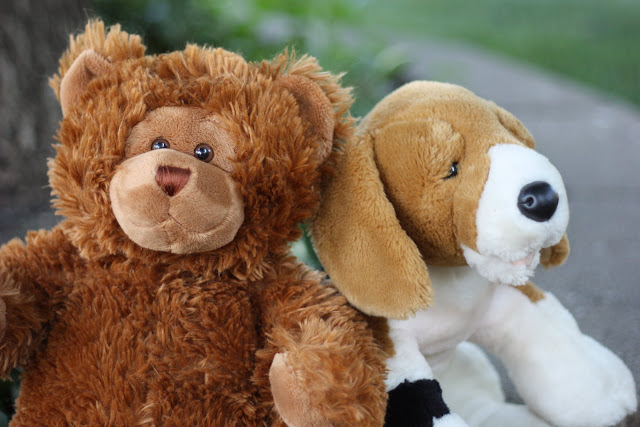 As the years passed, my youngest son was bummed that we chose a bear for him when his big brothers had dogs!  (He was 3 months old at the time, and Mammaw said he had to have his first Christmas bear (it's a Grandma tradition in our family.).  So, a few birthdays later, he was given a Build-a-Bear puppy, so he could play with his brothers. 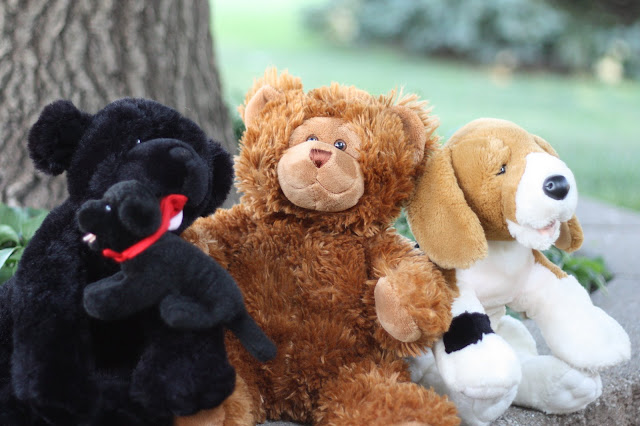 And here we are again, our family has grown.  Upon a Science Center visit with our friends, my two youngest (I am making sure NOT to include my oldest son in this, because he would be mortified if he thought ANYONE thought he was deriving any enjoyment from such childish things) begged and pleaded when they saw the Build-a-Bear store during our visit.  As you will see, we now have three dogs (one not pictured), a dinosaur, a sabertooth lion and only ONE bear... which I think is just strange, because isn't the whole point of Build-a-BEAR to build a BEAR???  Whatever. 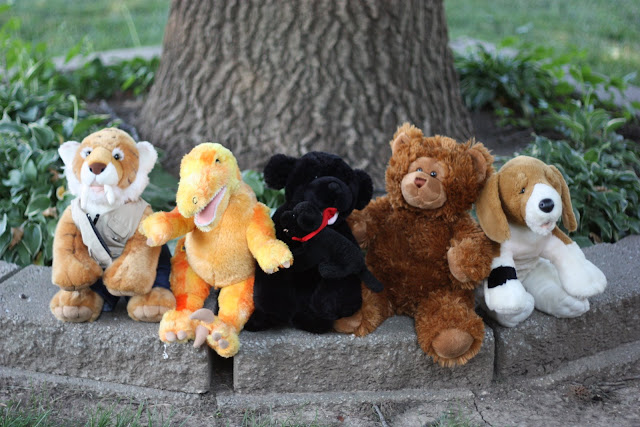 The fun part was watching them enjoy the experience all over again... each of these furry friends has outfits and shoes carefully selected by his/her owner (my youngest made his dinosaur a girl... I guess he's aware of the absence of sisters in our home????  Who knows, but he gave her a pink Cardinals tshirt, which was just too funny!).  And since we were there with our friends who are visiting from Romania, they got to enjoy the experience, too!  Two of the three of their kiddos, built their own characters, pictured here.  It's just too fun for words to watch their sweet faces beam with such delight.  Sure, you PAY for the experience, but it is worth every penny. 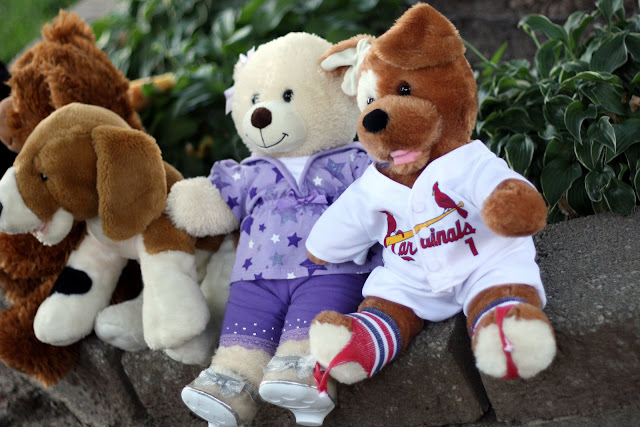 Posted by ilLaurastrations at 9:17 PM